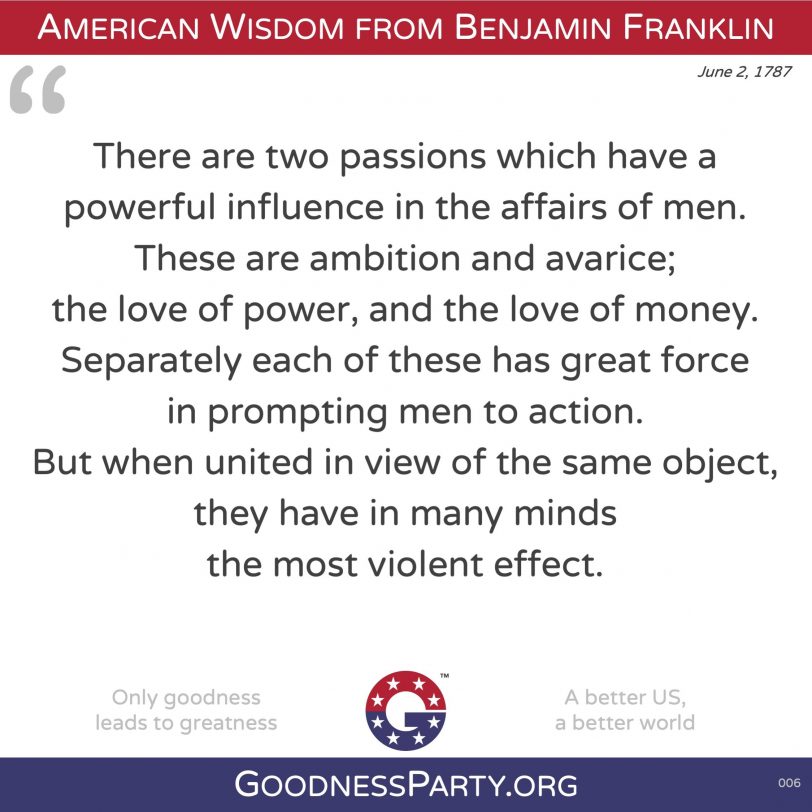 Franklin’s wisdom for US: Beware of mixing both power and money in the same position.

Franklin followed his observation with “Place before the Eyes of such Men a [Post] of Honor that shall at the same time be a Place of Profit, and they will move Heaven and Earth to obtain it.”

We are witnessing the dangers in our times, too.

Clear laws, separation of powers, removal of profit, consistent enforcement, and a strong justice system are important to keep the dangers in check. No person should be above the law.

But the best approach is to prevent the violent effects from being possible in the first place. We should not put people desirous of power and money in office.

Franklin’s call to action for US: Do not elect officials who have both a love for power and money.

“There are two passions which have a powerful influence in the affairs of men. These are ambition and avarice; the love of power, and the love of money. Separately each of these has great force in prompting men to action. But when united in view of the same object, they have in many minds the most violent effect.”