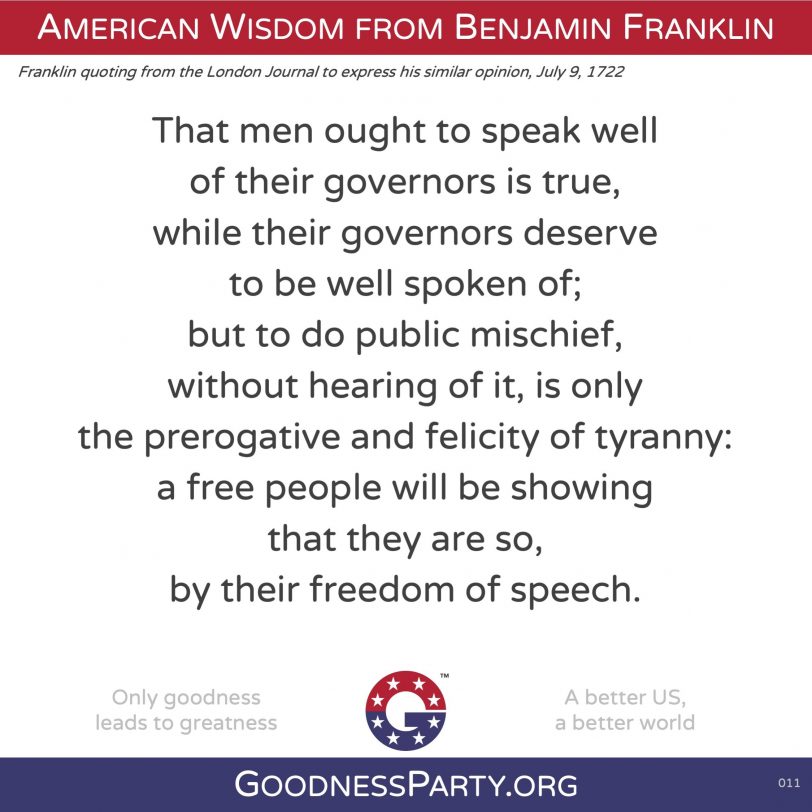 Franklin’s wisdom for US: A democracy requires the ability of its citizens to call out the corruption, mishandlings, wrongs, ethical lapses, and illegalities of its leaders.

Benjamin Franklin did not write these words. He quoted them in a letter to the editor because he agreed strongly with the sentiment.

The piece Franklin quoted from in the London Journal continues with, “The administration of government, is nothing else but the attendance of the Trustees of the People upon the interest and affairs of the people: And as it is the part and business of the people, for whose sake alone all public matters are, or ought to be transacted, to see whether they be well or ill transacted.”

Franklin’s call to action for US: Support a free press, freedom of speech, and whistleblowers that call out injustice, illegal activities, unethical behavior, negligence, and corruption in our government officials.

“That men ought to speak well of their governors is true, while their governors deserve to be well spoken of; but to do public mischief, without hearing of it, is only the prerogative and felicity of tyranny: a free people will be showing that they are so, by their freedom of speech.”