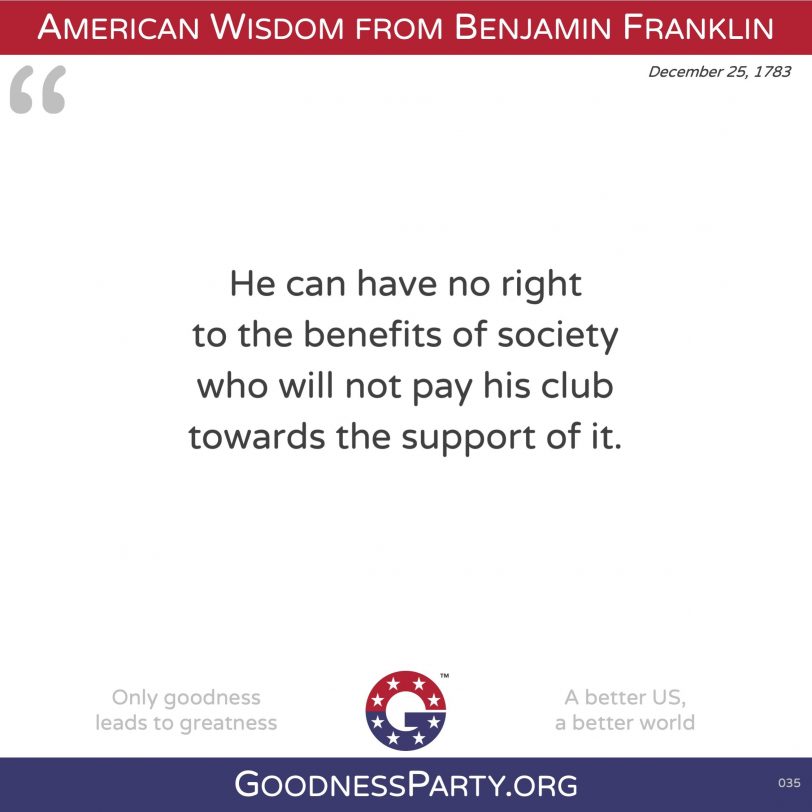 Franklin’s wisdom for US: No one should be exempt from paying their share of taxes.

Franklin was against oppressive taxation and taxation without representation. However, he understood taxes were necessary to the running of a government. He is well known for writing in a 1789 letter, “in this world nothing can be said to be certain, except death and taxes!”

In his letter to Robert Morris in 1783, he stated unequivocally, “The remissness of our people in paying taxes is highly blamable, the unwillingness to pay them is still more so.”

It is in that same letter he wrote that if one doesn’t pay their taxes, they should not get the benefits offered by society.

Franklin’s call to action for US: Eliminate tax loopholes to ensure we all pay our share. Collect from those who are behind in paying their share.

“He can have no right to the benefits of society who will not pay his club towards the support of it.”