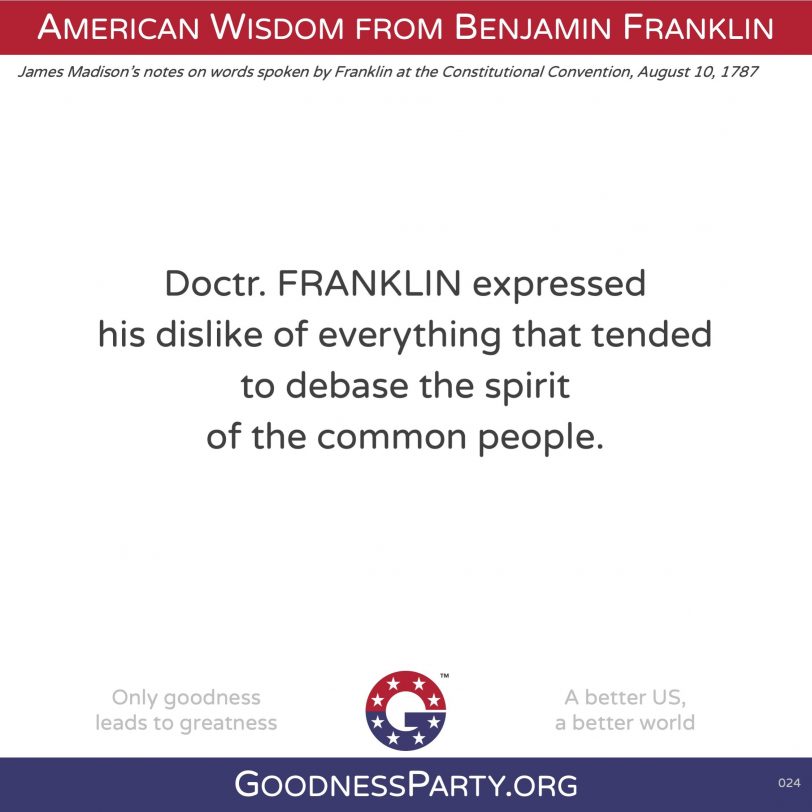 Franklin’s wisdom for US: Do not favor the rich over the common person.

James Madison captured this statement in his notes on the debates during the Constitutional Convention. Oliver Ellsworth delivered this message in his comments.

The context regarded how much property a person should own in order to qualify to hold an elected office, as if owning property made them “independent and respectable.” After debate, property ownership qualifications were stricken from consideration.

Franklin knew that being wealthy or owning property did not mean you were a good person. He also believed that this country should show no favoritism to the rich, and Ellsworth concurred. Here is a fuller rendition of Ellworth’s comments as noted by Madison.

Franklin’s call to action for US: Ensure laws do not favor the wealthy in any form or fashion, whether citizens or migrants.

“Doctr. FRANKLIN expressed his dislike of everything that tended to debase the spirit of the common people.”