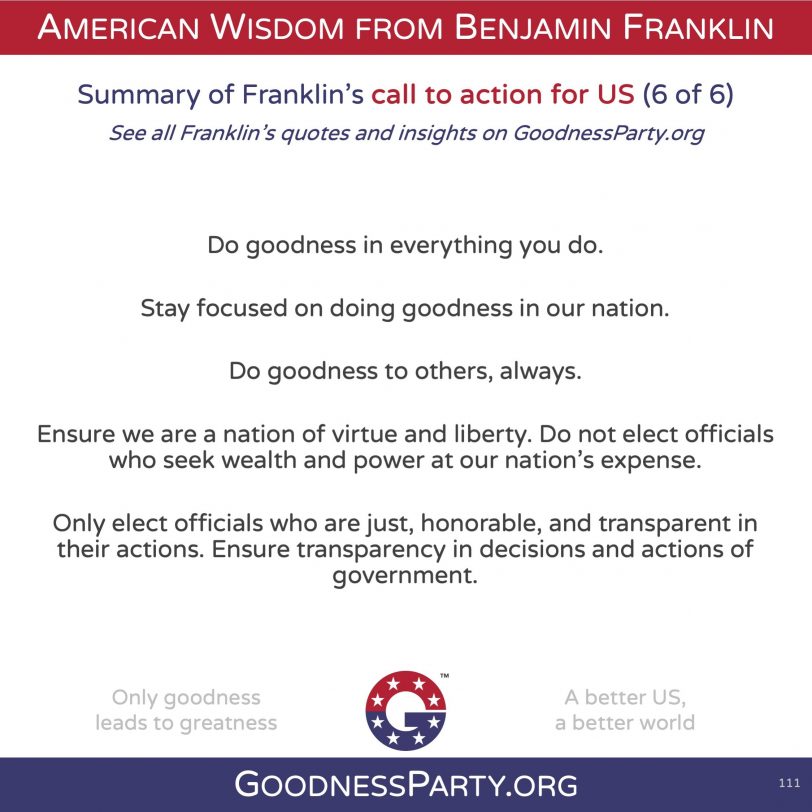 This is the sixth of six posts that recap Franklin’s calls to action for us.

“Do goodness in everything you do.

Stay focused on doing goodness in our nation.

Do goodness to others, always.

Ensure we are a nation of virtue and liberty. Do not elect officials who seek wealth and power at our nation’s expense.

Only elect officials who are just, honorable, and transparent in their actions. Ensure transparency in decisions and actions of government.”