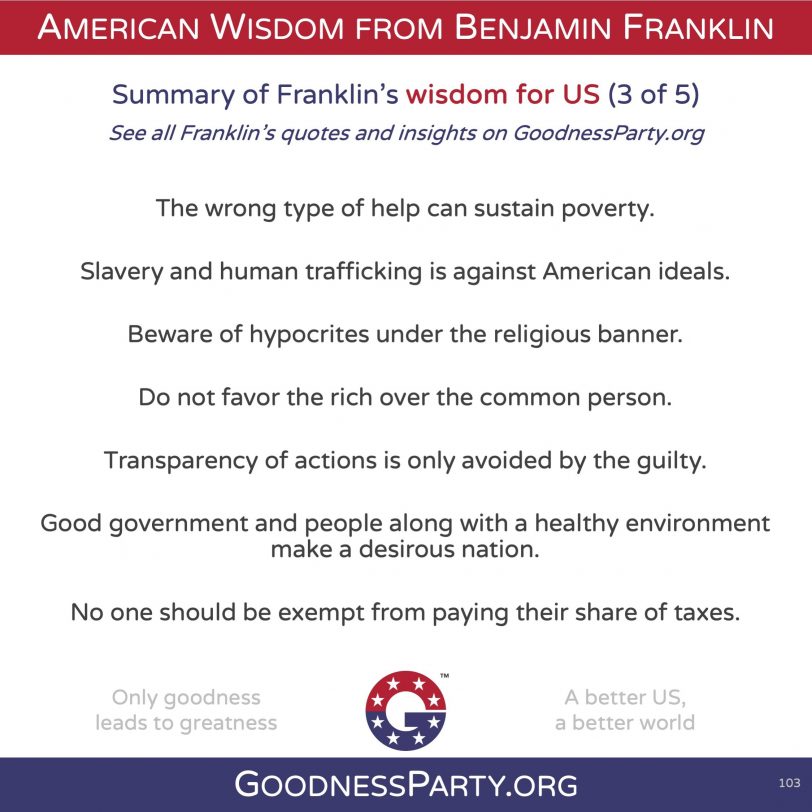 This is the third of five posts that recap Franklin’s wisdom for us as we enter the election season.

We should all heed Franklin’s wisdom, learn from them, and apply them.

Wisdom for US on image:

“The wrong type of help can sustain poverty.

Slavery and human trafficking is against American ideals.

Beware of hypocrites under the religious banner.

Do not favor the rich over the common person.

Transparency of actions is only avoided by the guilty.

Good government and people along with a healthy environment make a desirous nation.

No one should be exempt from paying their share of taxes.”