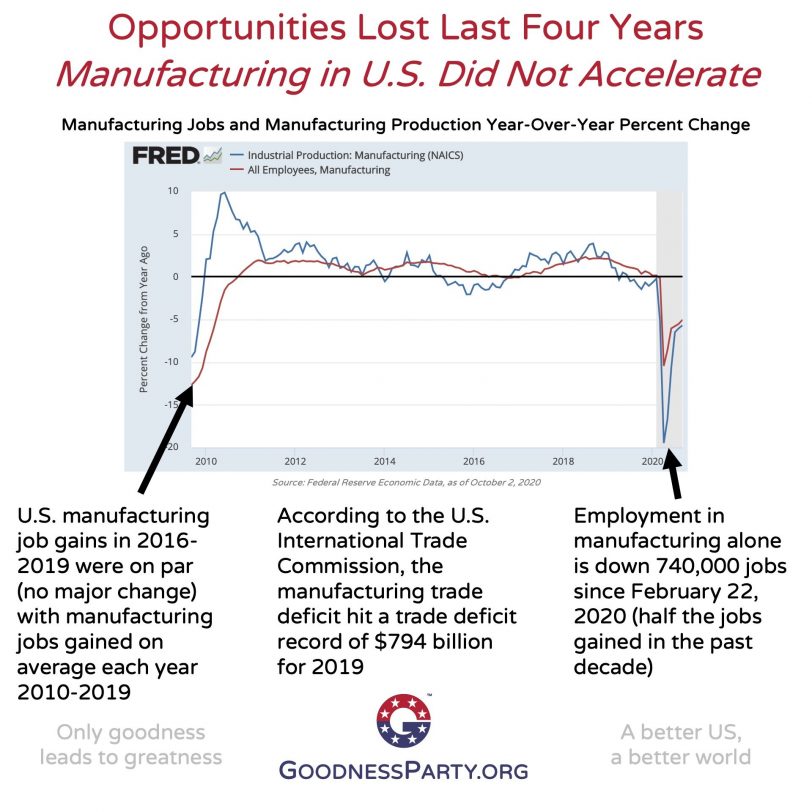 This acceleration did not happen pre-pandemic. And since the start of the pandemic, the negative impact on manufacturing jobs and production has been significant.

Nearly 1,800 factories have disappeared between 2016 and 2018 (the most recent year for which data is available.)

Offshoring continued under the Trump administration. America’s trade deficit with Mexico increased by over 29% in 2019, and includes manufacturing imports in the auto and aerospace sectors. The 2017 tax cut may also have incentivized some offshoring, particularly in the pharmaceutical sector.

Since the start of the pandemic, 740,000 manufacturing jobs have been lost. This means that 274,000 fewer people were employed in manufacturing than when the Trump administration took office. Getting back some of these job losses is dependent on how well we manage the pandemic. As noted earlier, effective management of the pandemic was another lost opportunity, and the current administration still does not have a handle on curtailing the spread of the virus within our borders.

The current administration’s policies have not stopped offshoring, have not accelerated growth in manufacturing jobs or production, and has created the largest manufacturing trade deficit on record.