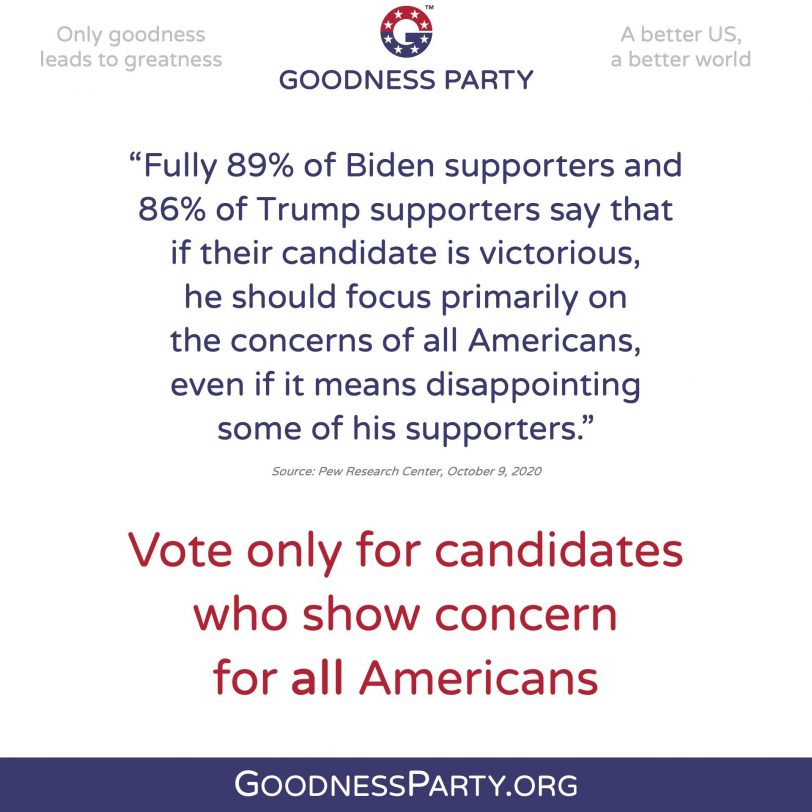 Our nation has become increasingly divided and partisan.

A survey published in September 2020 by More in Common noted in their findings:

What should have been a unity moment — a common enemy affecting, at some level, all people in our country — was not leveraged. It was a missed opportunity.

The Pew Research Center conducted a survey at the beginning of October 2020 and came to the following conclusion.

This election must be looked at as an opportunity to change the trajectory from division and animosity to a new trajectory of unity and peace.

Vote only for candidates who are committed to unity and are concerned for all Americans. Vote for goodness.