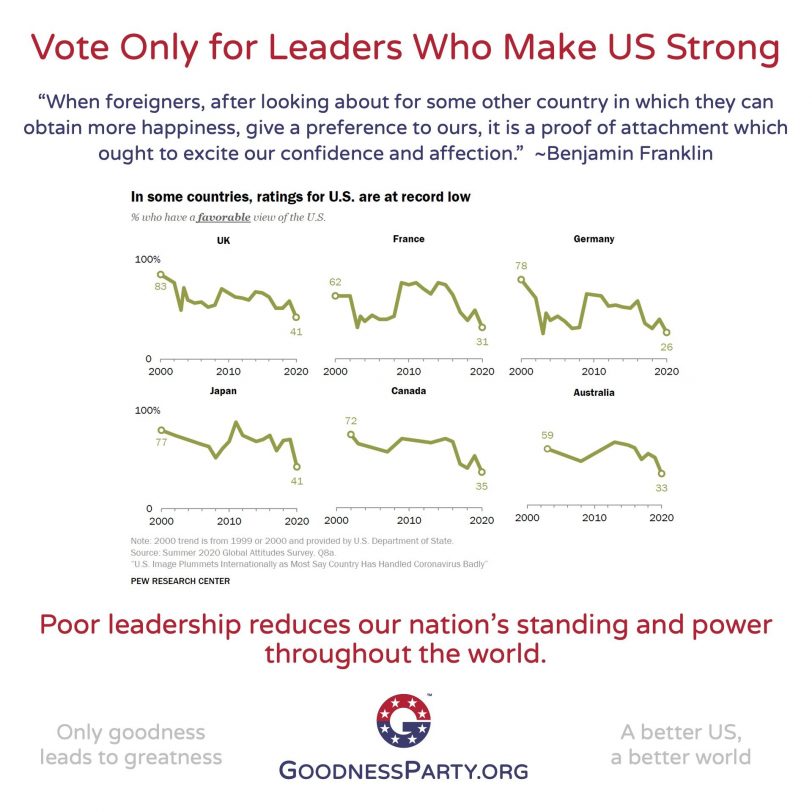 Benjamin Franklin, in 1787 after the United States of America had won its independence and while crafting its constitution, presented a litmus test on how well our nation is doing: how outsiders view our country.

A Pew Research study published on September 15, 2020 stated, “In several countries, the share of the public with a favorable view of the U.S. is as low as it has been at any point since the Center began polling on this topic nearly two decades ago.”

Leadership is critical. The study points to poor leadership, translating into the poor image of the United States by other countries.

The poor image of the United States with the public of other countries reduces our nation’s ability to remain strong and be influential to the benefit of our country and the world.