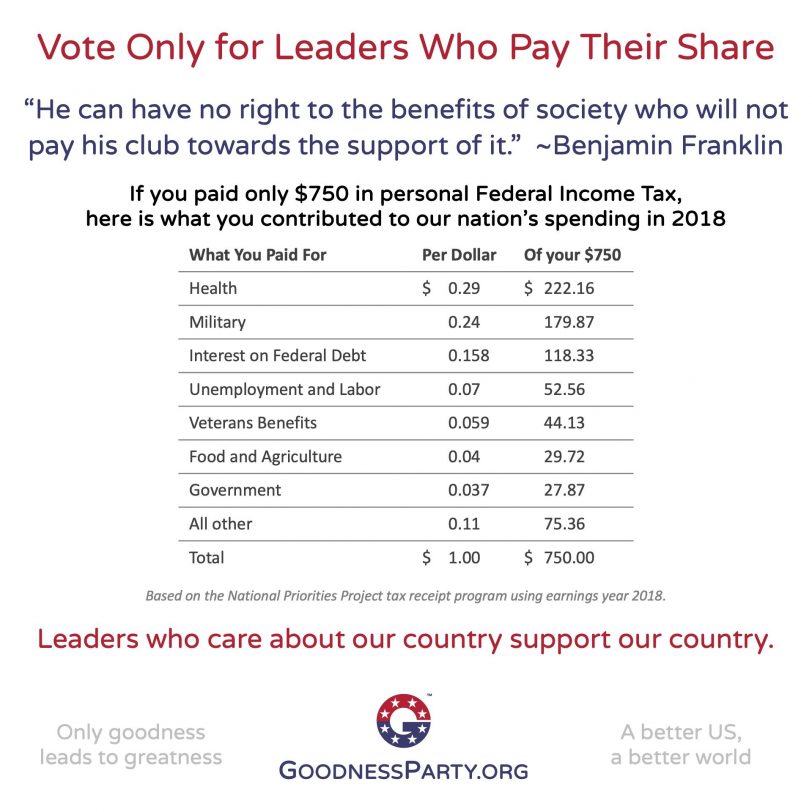 Benjamin Franklin was concerned that some individuals were unwilling to pay their taxes. Yet these individuals wanted the benefits the society offers its citizens. To that, Franklin wrote:

In the first presidential debate in 2016, when Hilary Clinton mentioned Trump paid no federal income tax for a couple of years (in the few tax returns exposed to the public when he applied for a casino license), Trump interjected, “That makes me smart.”

There is nothing wrong with taking advantage of legitimate tax breaks afforded in the tax laws.

Unfortunately, several of the current U. S. tax laws favor wealthier individuals because they are the people that have the wherewithal to conduct the activities involved in the tax break. This reduces the percentage of taxes paid relative to income for wealthier individuals. The Motley Fool describes one example of how the tax code favors the wealthy.

The billionaire Warren Buffett stated in a 2007 interview that he paid a tax rate of 17.7% (the percentage of his income going to taxes), much lower than the 32.9% tax rate of the employees in his office.

In Trump’s case, it appears to be a 0% federal personal income tax rate for several years because of business losses, write-offs, or the tax refund received. Trump is currently being audited by the I.R.S. over the legitimacy of the refund. He classifies much of his personal lifestyle spending as business expenses and writes them off. The New York Times notes, “Over the past two decades, Mr. Trump has paid about $400 million less in combined federal income taxes than a very wealthy person who paid the average for that group each year.”

There are two calls to action from Franklin: