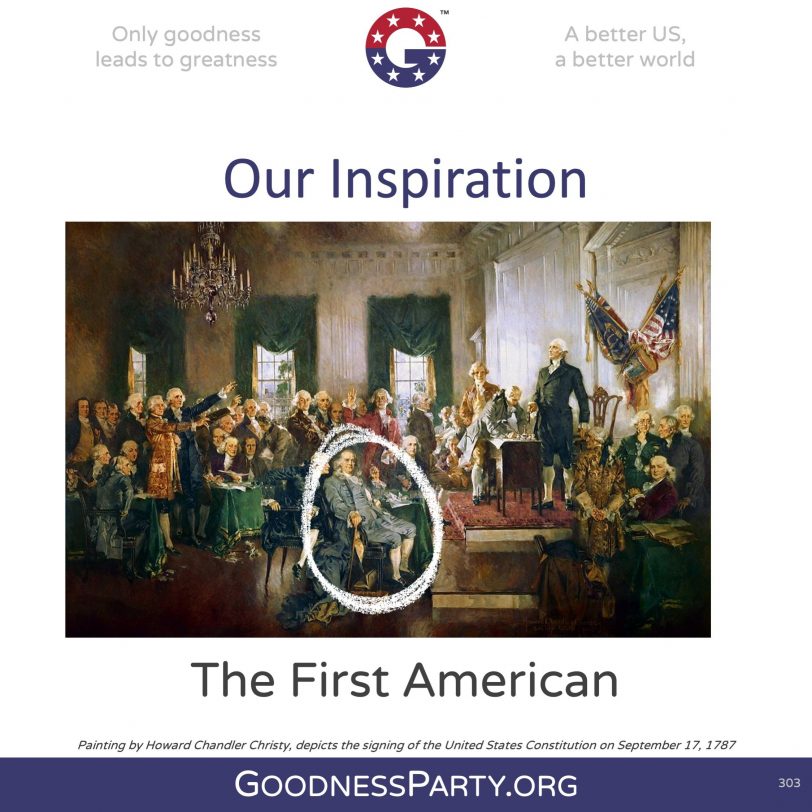 And Franklin, more than anyone, was the first poster child for the original American Dream, in which all people can live better, fuller, and richer lives through equality, freedom, justice, opportunity, and effort. Franklin came from a poor family and limited formal schooling to become a successful businessman and author through ability, self-improvement, and diligence. He retired as a printer at age 42.

Outward, he performed many acts of goodness for the public good. He founded libraries, fire departments, militias, hospitals, public schools, and sanitation projects. He invented lightning rods, bifocal eyeglasses, matching grants, and better wood-burning stoves. He was a first-rate scientist, exploring and furthering the world’s understanding of electricity, ocean currents, climate, and population growth. He was an outstanding diplomat and philosopher that made the United States a reality.

No person is perfect, which is why no person should be put on a pedestal. Through goodness in character, Franklin was often open-minded to see his wrongs, improve himself and his views, and change for the better. His views of slavery evolved from owning slaves to becoming an outspoken president of the Pennsylvania Society for Promoting the Abolition of Slavery. On behalf of the Society, he presented a formal abolition petition to Congress in February 1790.

The Goodness Party believes it is worth looking at Franklin’s goodness in thoughts, actions, and spirit for inspiration and guidance.