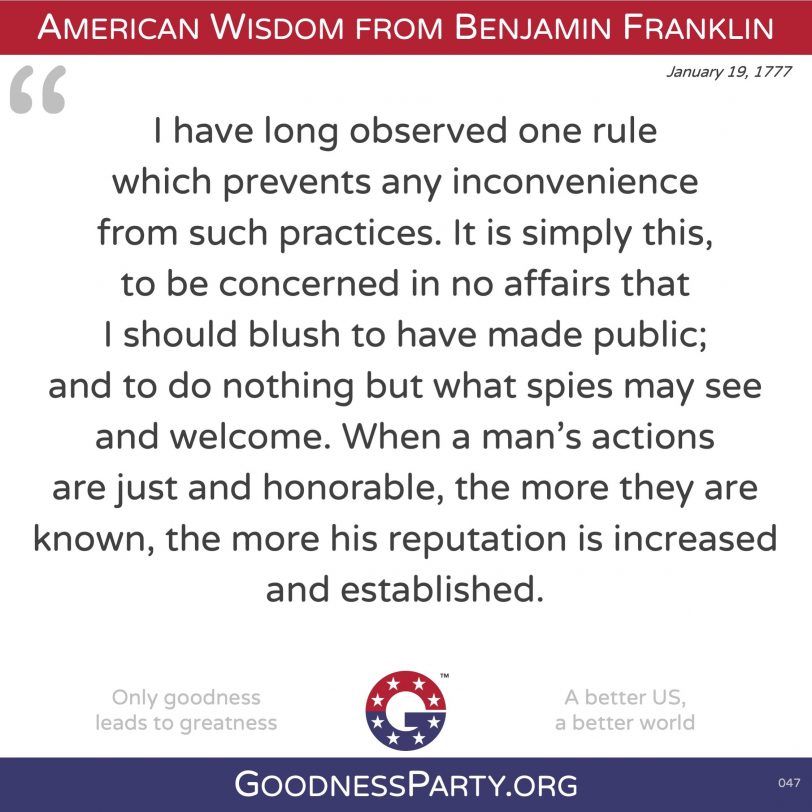 Franklin’s wisdom for US: Do only actions you would not be ashamed of if known by others.

Franklin was told by at least two individuals that there were spies around him in Paris. It turns out, his secretary to the American Commission in Paris was, in fact, a spy for Great Britain.

Franklin’s comment was to one of those individuals who informed him “you are surrounded with spies.” Franklin believed the best way to be a diplomat was to show American good faith through openness and truthfulness. An honorable reputation would be the result.

Goodness and transparency in the actions of the government and government officials are a must in a free and open society.

Franklin’s call to action for US: Only elect officials who are just, honorable, and transparent in their actions. Ensure transparency in decisions and actions of government.

“I have long observed one rule which prevents any inconvenience from such practices. It is simply this, to be concerned in no affairs that I should blush to have made public; and to do nothing but what spies may see and welcome. When a man’s actions are just and honorable, the more they are
known, the more his reputation is increased and established.”