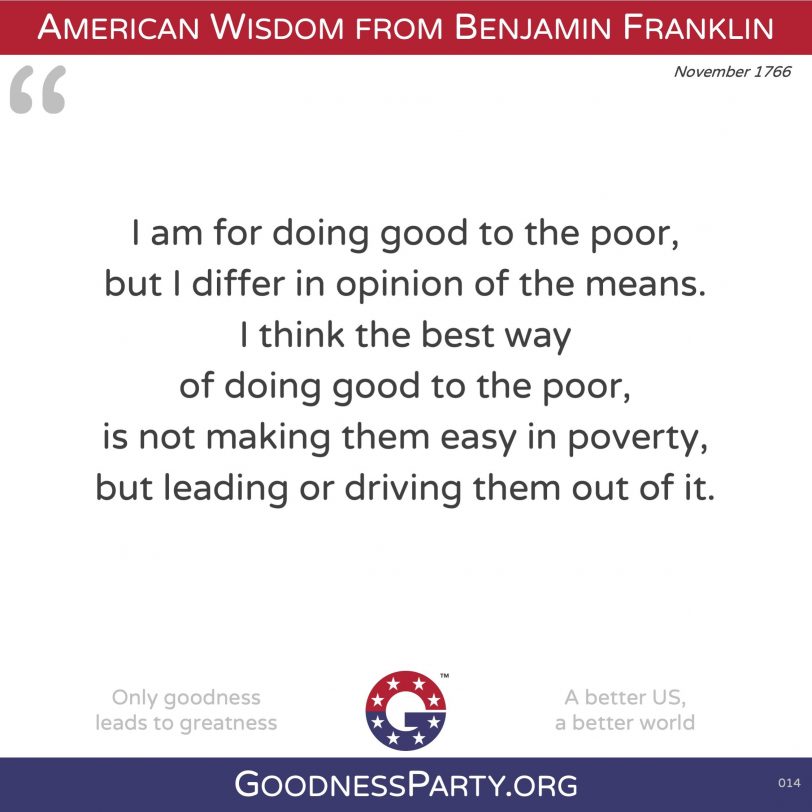 Franklin’s wisdom for US: The wrong type of help can sustain poverty.

Franklin was wary of charity given carelessly or thoughtlessly that would continue or encourage dependence on the handout or that did not address the underlying problem. “Liberality is not giving much but giving wisely,” he wrote in the 1748 edition of his almanac.

He was much more into thinking about charity that would help the poor get out of poverty. When he pushed for the abolition of slavery, he also proposed assistance for the freed slaves to include advice, mentoring, education, apprenticeships, employment training, and job placement.

Franklin gave to charity, but it was mostly done with well laid-out plans. He helped raise money for a hospital for the poor (and in doing so, he invented the matching grant.) He also supported handouts to relieve suffering not of their own doing, for example, to the Americans in British prisoner-of-war camps.

Franklin’s call to action for US: Implement policies and programs that empower citizens to raise themselves out of poverty.