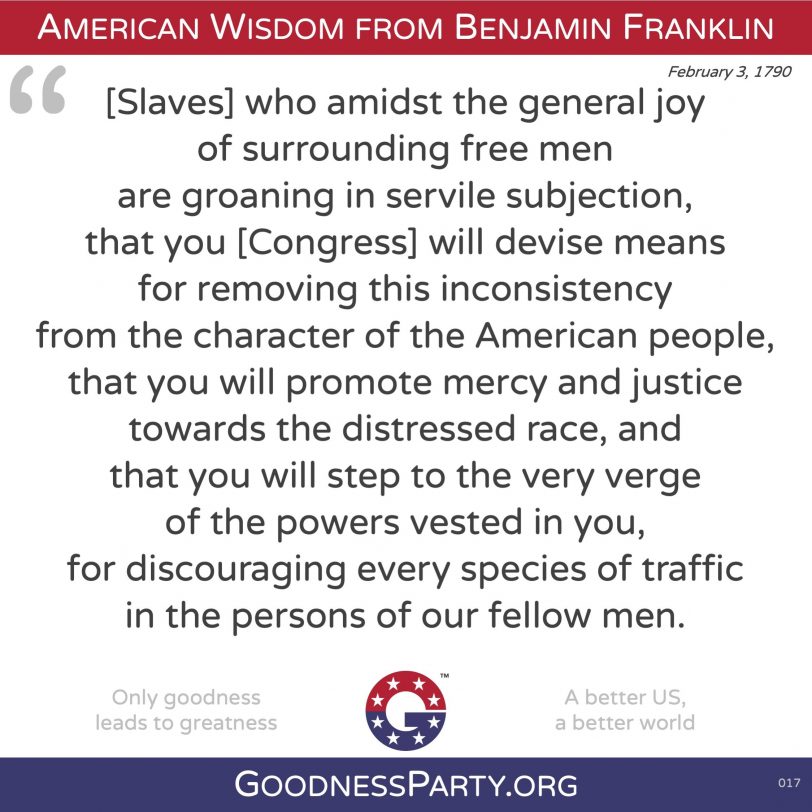 Franklin’s wisdom for US: Slavery and human trafficking is against American ideals.

Franklin’s views of slavery evolved from owning slaves to becoming an outspoken president of the Pennsylvania Society for Promoting the Abolition of Slavery. On behalf of the Society, he presented a formal abolition petition to Congress in February 1790. This quote is from the petition that Franklin wrote.

While slavery and involuntary servitude was abolished in the United States with the 13th Amendment, there are illegal forms of modern slavery still occurring in our nation today, including sex trafficking, forced labor, and debt bondage.

Franklin’s call to action for US: End slavery and human trafficking of all forms.

“[Slaves] who amidst the general joy of surrounding free men are groaning in servile subjection, that you [Congress] will devise means for removing this inconsistency from the character of the American people, that you will promote mercy and justice towards the distressed race, and that you will step to the very verge of the powers vested in you, for discouraging every species of traffic in the persons of our fellow men.”