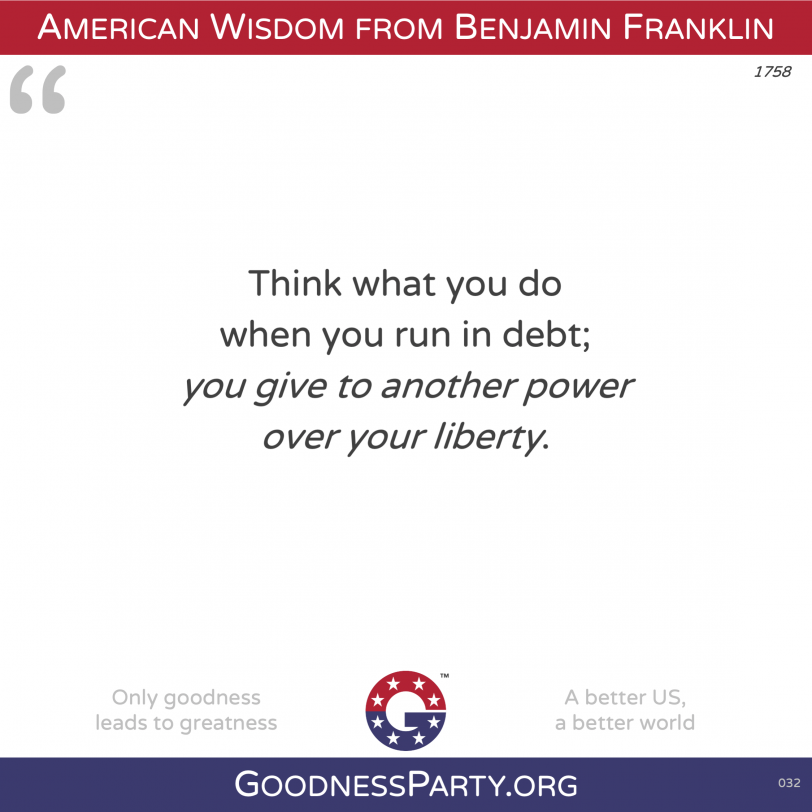 Franklin’s wisdom for US: Debt gives others power over you.

Indebted nations lose full control of their decision-making, actions, and expenses. Other nations and individuals gain power and influence over them.

Poor decisions, inefficient and ineffective spending, and “vote buying” legislation have continued to push our nation’s debt to the highest in our history. In July 2020 the Brookings Institution noted:

In addition, the United States is the world’s largest debtor nation and number one on the list of countries with external debt, the total public and private debt owed to nonresidents. This gives non-residents greater power over our liberty.

Franklin’s call to action for US: Move to more balanced budgets, institute more efficient and effective spending, and reduce our nation’s debt.

“Think what you do when you run in debt; you give to another power over your liberty.”