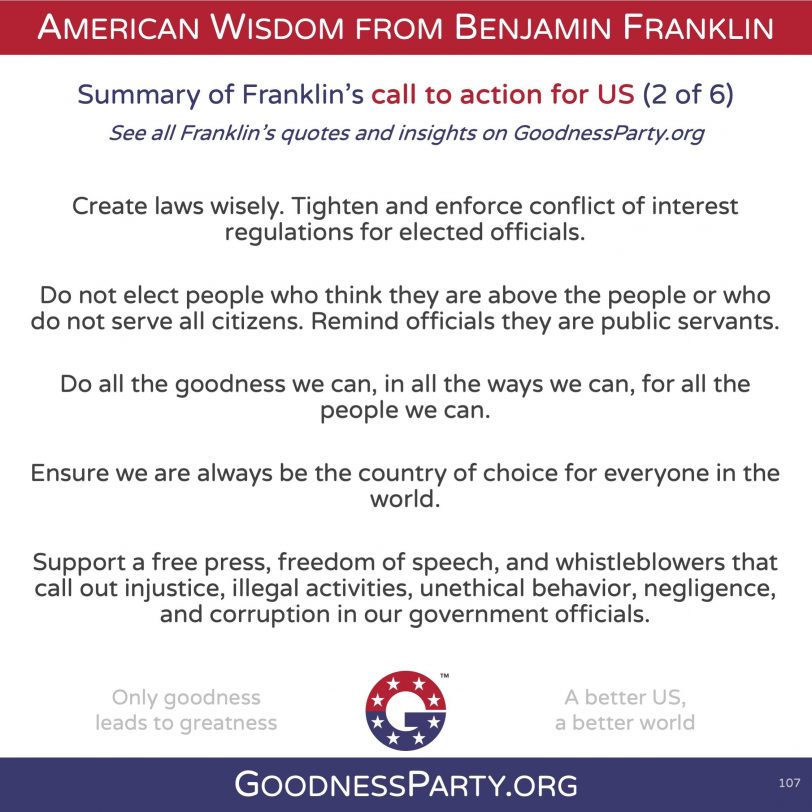 This is the second of six posts that recap Franklin’s calls to action for us.

Do not elect people who think they are above the people or who do not serve all citizens. Remind officials they are public servants.

Do all the goodness we can, in all the ways we can, for all the people we can.

Ensure we are always be the country of choice for everyone in the world.

Support a free press, freedom of speech, and whistleblowers that call out injustice, illegal activities, unethical behavior, negligence, and corruption in our government officials.”