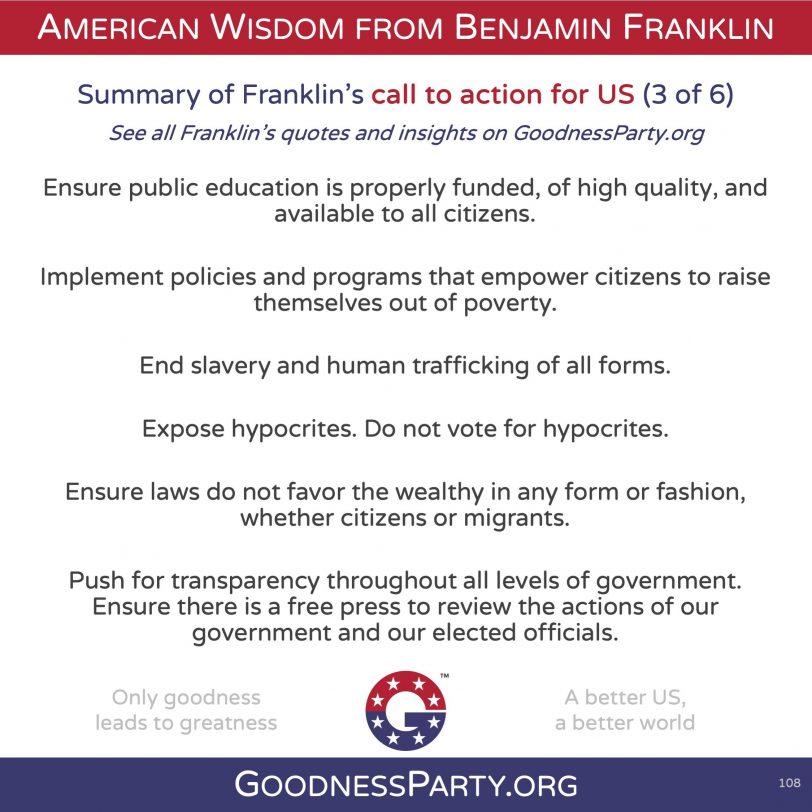 This is the third of six posts that recap Franklin’s calls to action for us.

“Ensure public education is properly funded, of high quality, and available to all citizens.

Implement policies and programs that empower citizens to raise themselves out of poverty.

End slavery and human trafficking of all forms.

Ensure laws do not favor the wealthy in any form or fashion, whether citizens or migrants.

Push for transparency throughout all levels of government. Ensure there is a free press to review the actions of our government and our elected officials.”