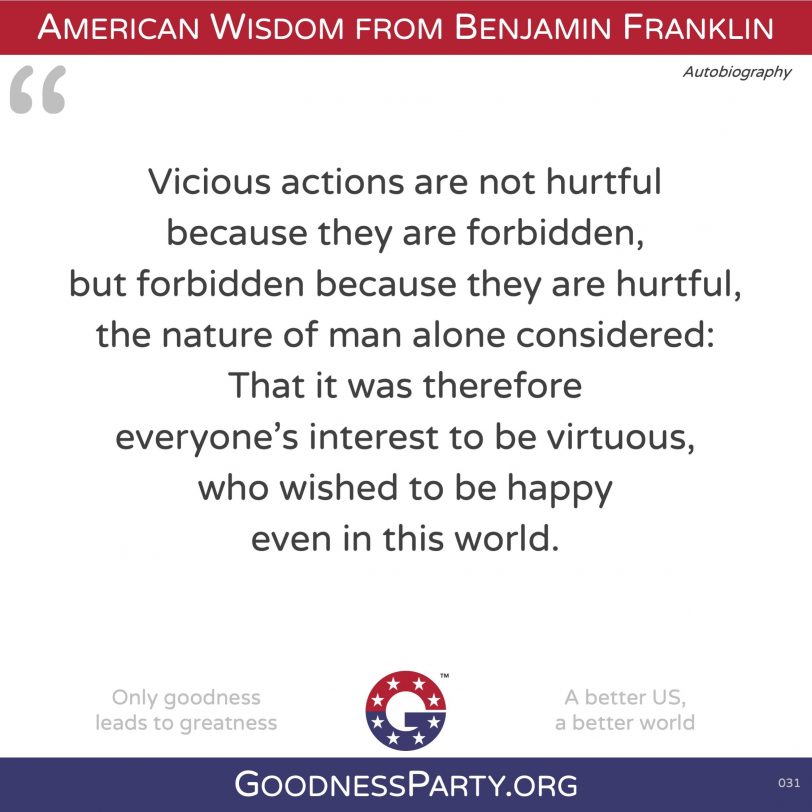 Franklin’s wisdom for US: Virtue is necessary for happiness.

Franklin planned to write a book titled The Art of Virtue, showing the means and manner of obtaining virtue. Private business in his early years and public business in his later years never afforded him the time to write this piece.

Vicious actions are “forbidden because they are hurtful” was to be an important doctrine he planned to explain and enforce in this book.

Understanding virtues and their advantages (and the disadvantages of their opposing vices), making them habits, and living virtuously, in Franklin’s view, are critical to personal happiness and public liberty. The Goodness Party concurs and believes a great nation requires goodness in its leaders and its governance as well as in its citizens.

Franklin’s call to action for US: Be virtuous.

“Vicious actions are not hurtful because they are forbidden, but forbidden because they are hurtful, the nature of man alone considered: That it was therefore everyone’s interest to be virtuous, who wished to be happy even in this world.”