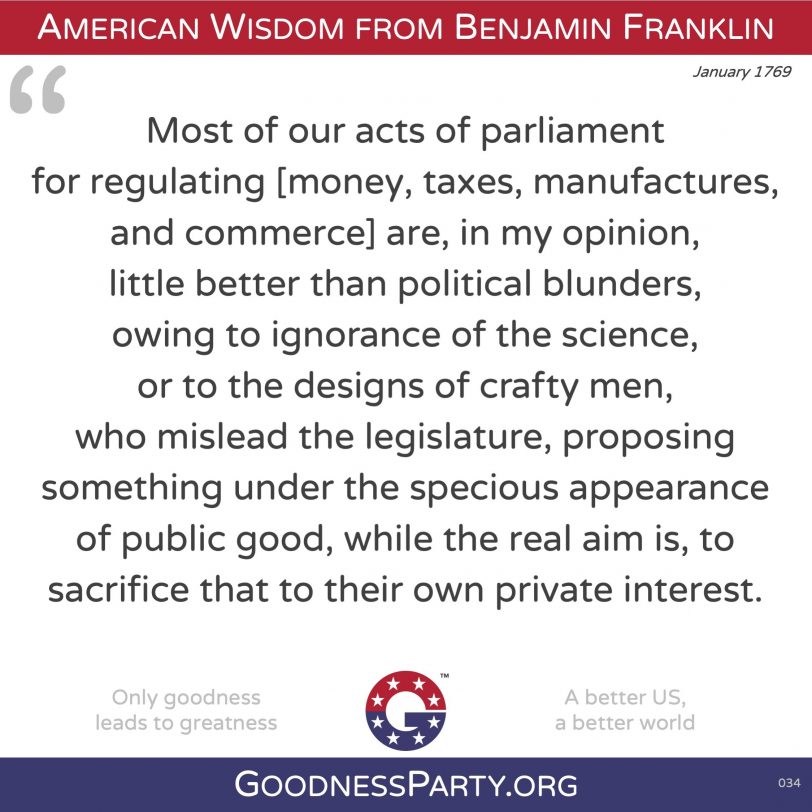 Franklin’s wisdom for US: Many laws are enacted for personal gain rather than public good.

Franklin stated this observation in a letter to Lord Kames. He was referring to the British parliament.

The words speak true today. We must always be on guard for naive laws and orders, and for laws and orders that give monetary gain or power to elected officials and their friends.

Franklin’s call to action for US: Create laws wisely. Tighten and enforce conflict of interest regulations for elected officials.

“Most of our acts of parliament for regulating [money, taxes, manufactures, and commerce] are, in my opinion, little better than political blunders, owing to ignorance of the science, or to the designs of crafty men, who mislead the legislature, proposing something under the specious appearance of public good, while the real aim is, to sacrifice that to their own private interest.”