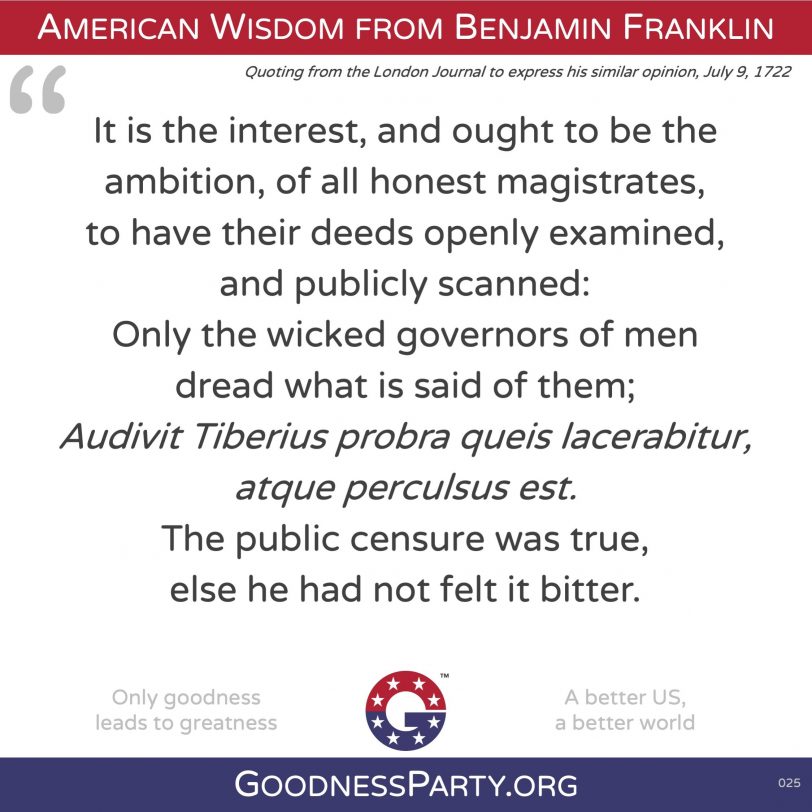 Franklin’s wisdom for US: Transparency of actions is only avoided by the guilty.

This quote is from the London Journal. Franklin did not write it, but it spoke so much to his belief, that he included it in a letter he submitted to be published.

Franklin’s call to action for US: Push for transparency throughout all levels of government. Ensure there is a free press to review the actions of our government and our elected officials.

“It is the interest, and ought to be the  ambition, of all honest magistrates, to have their deeds openly examined, and publicly scanned: Only the wicked governors of men dread what is said of them; Audivit Tiberius probra queis lacerabitur, atque perculsus est. The public censure was true, else he had not felt it bitter.”