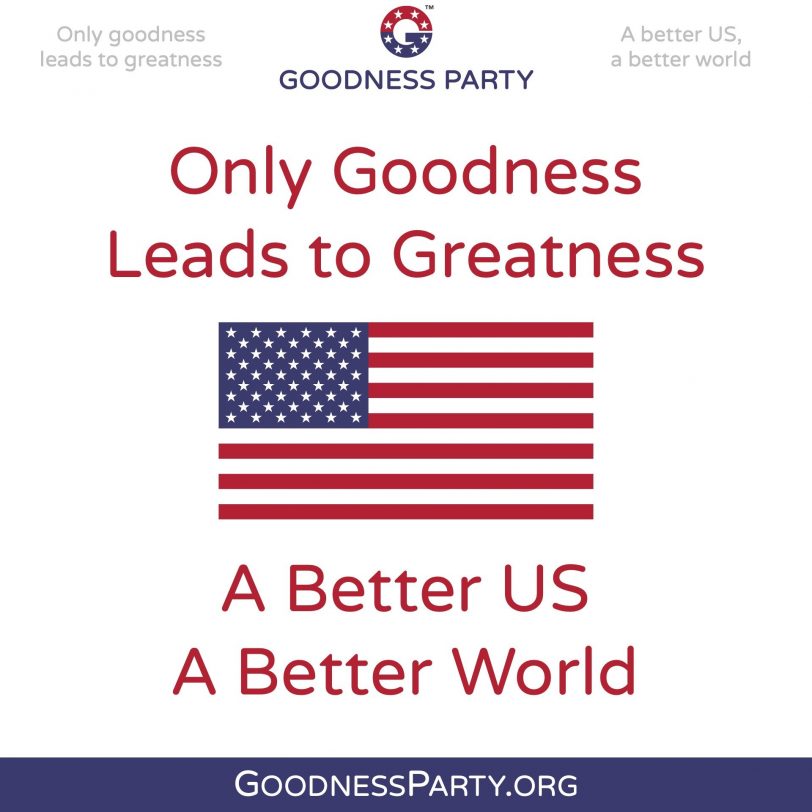 The Goodness Party has two meaningful mottos. Both have nods from Benjamin Franklin himself.

Our first motto is:

Only goodness leads to greatness.

We will not achieve our American ideals until we embrace and act with goodness — as individuals, as a people, and as a nation.

Franklin wisely knew that for humankind, goodness was a requirement for being great, and that it would be much better if people stopped attempting to make themselves great, and instead focused on being good people. Only then will greatness be achievable. He wrote:

Our second motto is:

A better US, a better world.

When we — all of us and the United States — do goodness, the world is a better place for all of God’s creatures.

Franklin would heartily agree. He wrote a similar sentiment regarding liberty, and how our liberty in the United States helps the people of other nations.

It is critical for our country during this election season that we move the needle away from hatred and harmful partisanship and toward goodness for all Americans.

Vote only for candidates that show goodness in their words and actions to all Americans. Vote for goodness.